It’s hardly news that big money can be won in poker, whether you’re enjoying online casino games, or playing professionally in the big leagues but sometimes the rewards have to be seen to believe. We take a look at a handful of the greatest poker pro’s homes, what they’re worth, and what awesome surprises are kept behind closed doors!

In 2014, Negreanu was voted by the Global Poker Index as the greatest poker player of the decade, and has amassed a winnings total of over $32,600,000 in prize money during his career as a professional poker player. He’s also dabbled in the silver screen, featuring in Hollywood Blockbusters X-Men Origins and The Grand.

California native Oppenheim began playing poker at the young age of 19 whilst studying in his second year at college and has been playing professionally for over 15 years. He was well known as one of the biggest cash games card players in the world. His estimated winnings in live poker tournaments are around $1,700,000

The self-proclaimed King of Instagram, and one of the more controversial entries on our list, Dan Bilzerian is the son of a corporate takeover specialist. It’s estimated that through his many endorsements and poker career, he’s said to be worth over $100,000,000!

Nicknamed the “Robin Hood of Poker” due to his philanthropic work and generosity to charities and good causes, Barry Greenstein earned his place into the Poker Hall of Fame in 2011. After winning an incredible $770,000 in an event in 2003, he donated $440,000 to Children, Incorporated, a donation of $1,000 for all 440 employees of the company.

Israeli pro Eli Elezra was a lieutenant in the Golani Brigade, and whilst recovering from a leg injury, he picked up the skills to play poker, eventually turning pro a few years later. His total winnings are estimated to be over $2,100,000 and had a long awaited biography released in 2017 entitled Poker Legend. 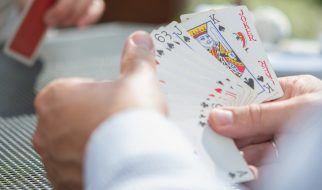