A CASINO in Swords, north Dublin, has fended off an attempt by the American company behind Penthouse magazine to take away its web domain.

Penthouse Casino and Card Club, which is located above the Wright Venue bar and nightclub in Swords, was accused of registering penthousecasino.ie to cash in on the American pornographic magazine’s worldwide popularity by trading under its copyrighted name.

The dispute was adjudicated upon by the World Intellectual Property Organisation, a UN body.

General Media Communications, the company behind Penthouse, said the magazine has been published since 1965 and has numerous trademarks, including one for “casino and nightclub services; gambling and gaming services”. It claims to have 109,000 magazine subscribers worldwide, while 2.5m people visit its website each month.

The American company said it had acquired “enormous goodwill and reputation in its trademark”. The magazine was represented by FR Kelly, a Dublin-based legal firm specialising in intellectual property law. It submitted that Penthouse had exclusive rights to its trademark.

It said Kairo Management (Ireland), the company behind the Swords casino, had no permission to use its name, and claimed the domain was likely to “cause confusion and deception”.

The company also argued that the word “penthouse”, as defined in the Oxford English Dictionary, is a flat on the top floor of a tall building, typically one that is luxuriously fitted.

The word is not compatible with a casino, it said. A photograph of the building containing the Swords casino was submitted and Penthouse’s lawyers pointed out it was located in a low-rise commercial building, not a tall residential building for which the term “penthouse” would have been appropriate.

Kairo must have been aware of Penthouse’s trademarks, and had the intention of taking advantage of its fame, the American company submitted. Any business operating under that name would be designed to attract customers under the misapprehension that it was associated with Penthouse magazine.

In response the Dublin casino said it had registered the domain in good faith to advertise its business of the same name. It was not aware of Penthouse’s registered trademarks. The Swords facility denied that it “must have known” about Penthouse. The casino’s website has an average 4,000 views a month, and was commonly known by the domain since being registered in May 2012.

It said “penthouse” is a generic term, and was used because the casino in Swords is in fact on the top floor of a tall building, “which is in fact a penthouse”. Penthouse Casino and Card Club was its registered business name.

It said Penthouse is not well known in Ireland, and a Google search for “Penthouse” and “Ireland” brings up no reference to the magazine.

It said if Penthouse were famous, one would expect its trademark to appear in such an internet search, which instead returns references to hotels and apartments.

The UN panel found the disputed domain was “misleadingly similar” to the magazine’s protected identifier. However, it said it was not relevant whether the casino was using the “penthouse” term strictly in accordance with its dictionary definition, but rather whether it was credible that it selected the name without any intention of capitalising on the magazine’s reputation.

“The panel can see why a business, especially a casino, which is located on the top floor of a building, albeit not a particularly tall or luxurious one, may nonetheless wish to associate itself with the term ‘penthouse’ and the exclusivity and luxury this word denotes,” it ruled.

The panel also noted that the casino’s address was “Penthouse Unit, Block B”.

It said the position would be different if the casino offered some sort of adult services.

The disputed domain was part of a wider dispute about the casino operation under the Penthouse name which, the panel added, “is probably best resolved by a court”.

Given the casino’s credible reasons for choosing its name, the panel dismissed the application to transfer the domain.

In a statement this weekend the Swords casino said its operation “is in no way similar to that of Penthouse Publishing, and therefore we feel that this whole dispute was quite unnecessary”. 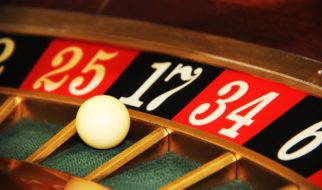