Home
/
Roulette
/
Monte Carlo trio jailed for fraud on the roulette table (but they can keep €2.8m)

Three British gamblers were jailed in Monaco yesterday for perpetrating a roulette table scam of such dexterity that even officials expressed grudging admiration for them.

The trio earned €3.66 million over the course of a year in Monte Carlo casino, Monaco criminal court was told. Yet despite being found guilty of fraud, they were allowed to keep €2.81 million.

Sajid Rashid, 49, Oamar Hussain, 26 and Zahidul Haque Khan, 45, gambled so much money that the casino put them up for free in an expensive hotel and treated them to fine meals whenever they arrived in the principality, the court heard.

Last night, they were sleeping in Monaco’s only jail.

Their ruse was discovered when they were captured on CCTV arriving at the roulette table with chips hidden in their pockets that they had bought for €10 apiece outside the casino. The trio would mix the chips with those handed out by croupiers, which are worth €1,000 each. When the game ended, they cashed in the gambling chips — the real and the fake ones — and left with the proceeds.

Christian Olliver, head of gambling control in Monaco’s government, said that the trio had exploited a flaw in the casino’s system. “These men are very good,” he said.

Rashid, who was given a 30-month jail term, described himself as a gambling addict capable of losing €200,000 in a hour. “I gamble all over the world, from Australia to London,” he said.

The court was told that he had been banned from British casinos after receiving a 14-month sentence in the UK when he was caught cheating.

Hussain, who was also given a 30-month sentence by the court, said that he had cheated at the roulette table for the first time when he came to watch the Formula One grand prix in May 2014. Khan, who was given a 10-month jail term, denied wrongdoing despite being confronted with CCTV footage which showed him putting chips in his pockets. He said that the chips in question had been given to him by the croupier, and that he had taken them when he went for a cigarette.

Maître Thomas Giaccardi, the lawyer for the Société Des Bains de Mer, which runs the Monte Carlo casino, said: “They try to portray themselves as people who are ill from gambling but they are fraudsters.” He said that they had come regularly for a year to defraud.

They were ordered to repay the winnings that could be proven to be the fruit of fraud. This came to €850,000. However, the court heard that the Société Des Bains de Mer had destroyed the CCTV footage from much of the year, meaning that there was no evidence that the men had cheated during this period, enabling them to retain the corresponding winnings. 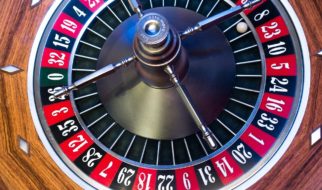