“Make sure they are holding their glasses,” said one of the National Lottery staff as 30 journalists and photographers crowded around to see three of the 22 bus drivers who won €23.8 million last week.

The men were brought out from behind a curtain and into the media scrum, champagne in hand.

They were “delighted” and “over the moon” to have won so much money.

One, John Brady, is from east Mayo.

“Are you an Enda Kenny fan?” he was asked before a National Lottery press officer intervened. “They are not going to answer political questions,” he said.

The rest of the 22 were kept behind the curtain.

The event was heavily stage managed, every word carefully scrutinised, but the joy of Craig Shearer, Dave Doherty and Mr Brady was palpable.

Mr Shearer was diagnosed with leukaemia in 2014 but is now “out of the danger zone” and looking forward to sharing his big win with his family.

Lottery staff led him into a small conference room where radio journalists crowded in to hear his story. Print journalists followed, pushing in as far as they could go, one reporter’s arm resting on a bald colleague’s head as they strained to hear the comments.

There is often strong interest in a big lottery win but the size of the syndicate of Dublin Bus drivers has added an extra edge to this one. You wait all year for a great lottery winner and then 22 come along at once.

When the radio crowd left, the print media poured into the room for three minutes before a lottery staff member declared: “Can we wrap it up? We need to go, we need to go.”

Mr Doherty and Mr Brady were on the other side, still surrounded by reporters.

Mr Doherty is from Finglas and is the adventurer of the group. He and his wife had already booked a trip to Cuba before the win and have been to Vietnam, Thailand and Cambodia.

They were out cycling when a colleague telephoned to say that they had won the lottery. Mr Doherty thought it was a wind-up and called the garage where they worked to have it confirmed by a supervisor. “You’re after winning. You’re a millionaire,” he was told.

At the Broadstone Dublin Bus depot in Phibsborough, he and others in the syndicate were known jokingly as “the retirement home” — veteran drivers employed for their skill and seniority to fill in on any service when required such as in the case of a breakdown. They know the whole city and can run any line.

“We didn’t have a route as such, we just moved in wherever we were needed,” Mr Doherty said.

Their long-running lottery syndicate was reshaped after some members of the retirement home really did retire. They already had a modest win on a quick pick and decided to run with those numbers every week. “Sometimes people would fall behind on payments but that was OK because everyone eventually paid up,” Mr Doherty said.

This week their persistence paid off — as bus drivers and lottery players. Every one of them is now a millionaire.

Mr Doherty, who has been driving buses for 33 years, was adamant that the win would not shake up his life.

“We’ve been living in Finglas 28 years now. Our neighbours are absolutely brilliant. We might get a new car but really, if your life is OK, don’t change it.”

Before we could ask more, they were shepherded back behind the curtain. After a few minutes the curtain was drawn to reveal all the winners and their families. They had been given champagne glasses and raised them on cue. We were not given their names. The lottery staff set off some confetti guns. The press took a few photos and the curtain came down again.

From what we heard, all the men were planning to continue on their bus routes. “We’ll just be smiling a bit more,” said Mr Doherty. 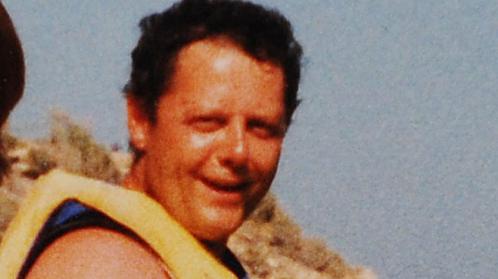