China has launched an unusually severe assault on the country’s illegal online gambling industry — a prelude, sources say, to a more sustained attack on high-level corruption within the state lottery system.

The crackdown, which has been threatened for weeks, could damage the profits of online gambling operations based in Britain and around the world. Chinese gamblers are thought to account for about 50 per cent of the revenues of many offshore sports and numbers-based online gaming sites.

Industry insiders said there were signs that the anticorruption campaign being masterminded by President Xi was preparing to target layers of officialdom that have embezzled and profited illegally from the state lottery. As preparation for that, the sources said, police were going after illegal betting to identify where it overlapped with more ingrained corruption.

Over the weekend, a new directive from the finance ministry said that companies selling online tickets for China’s various sports and welfare lotteries must have the approval of three ministries. The move came after what the government said were “rampant irregularities” and fraudulence in online lottery sales.

The latest reported onslaught on the illegal betting industry involved the detention of more than 1,000 people associated with a racket based in the southern province of Guangdong. State media reporting on the raids, which began in late December, said that most suspects were bankers, runners and software technicians.

Media reports quoted public security officials saying that the gang had established more than 200 gambling websites and had managed to entice more than 400,000 Chinese to place illicit side-bets on the outcome of local and overseas lottery draws. The police swoop was presented as the biggest of its sort in the country since 1949.

A series of other raids — yet to be acknowledged officially — are known to have taken place elsewhere in Guangdong and in at least three other provinces since then, according to gaming website operators based outside China.

The rising tally of detentions throughout February and March, sources in Hong Kong and London said, appear to involve various levels of the “super master agent” system, a pyramid-shaped network that enables a multibillion-dollar gambling industry to thrive in a country where everything but the state lottery and betting in Macau casinos is illegal.

The structure, which manages and disguises the flow of financial transactions involved in the industry, requires corruption at most levels, from runners buying off police to bankers arranging cuts for more senior officials.

Mr Xi’s campaign, which has reverberated throughout the economy, has wrought chaos on the casinos in Macau, where revenues have been in decline for ten months. Last week the gaming enclave said that revenues had plunged by 39 per cent in March to $2.7 billion. In February, the drop was even more severe, at 49 per cent.

The carnage is the direct result of the anticorruption drive: corrupt officials and other high-rollers who used to gamble in Macau and use it as a money-laundering route are staying away. 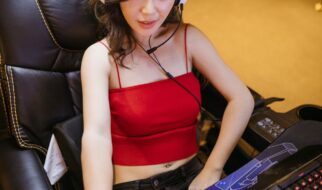