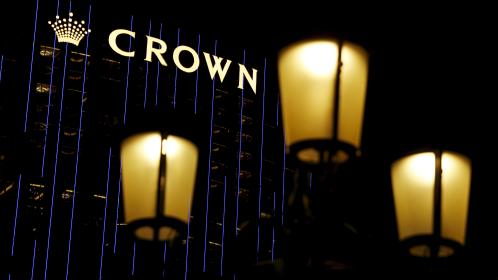 Extradited from Vietnam earlier this year, a Chinese man went on trial this week for his part in an illegal casino — a case that highlights the stubborn popularity of gambling despite Beijing’s efforts to stamp it out.

The authorities have also announced the formal arrest of three Australian citizens who were among 18 employees of James Packer’s Crown Resorts. They have been detained in China since last month on suspicion of organising overseas casino trips for wealthy Chinese.

The ruling Communist Party has fought against gambling ever since Chairman Mao took over what he saw as a vice-ridden country in 1949. In recent years, President Xi’s anti-corruption drive has renewed the crackdown, partly to stop criminally acquired funds leaving the country. Chairman Mao outlawed gambling across the country — the Chinese are only allowed access to a few state-owned lotteries. The only place in China where gambling flourishes is in the casino hub of Macau, the semi-autonomous city and former Portuguese colony.

At home, the Chinese desire to gamble, despite the risks of imprisonment, has brought huge profits to people such as Zhou Yun Miao, 47, who in 2012 set up an illegal online casino with three partners in Wenzhou. Gamblers who flocked to games998.net could exchange real money for the site’s “98 Beans” gaming coins, then gamble away on poker and mahjong.

The 98 reference was a Chinese wordplay for characters meaning “going to get rich”. More than two million people chased that dream and signed up, buying £46 billion worth of game coins, according to the Xinhua state news agency. The operators pocketed profits of £67 million.

In 2013, Mr Zhou and at least one of his accomplices moved to Vietnam, along with their company and internet servers, to avoid the attentions of the Chinese police. After an Interpol “red alert”, Mr Zhou was arrested by Vietnamese police and repatriated to China in April.

His trial began on Thursday in Wenzhou, and follows the earlier sentencing of eight of his accomplices, although several remain at large, according to Xinhua.

The Australian casino’s promoters fell foul of Chinese rules banning agents from organising groups of more than ten Chinese citizens to gamble abroad. “We have been formally advised that three Australians have been arrested on suspicion of gambling-related offences,” Julie Bishop, the Australian foreign minister, said on Wednesday.

“There is an overall anti-corruption agenda of President Xi Jinping and gambling is one of the areas of interest to them,” she said.