Bookmakers have said they could pay out tens of millions if AP McCoy delights punters by winning the Grand National on Shutthefrontdoor, bringing the curtain down on a stunning career.

His horse is the best-backed in recent Aintree memory and could spell one of the worst days in bookmaking history if he finishes first over the famous fences after the 4.15pm start.

It is a huge sports betting weekend, with the Masters golf, Manchester derby, Chinese grand prix and Boat Race adding to the £200m betting bonanza.

But champion jockey McCoy, who will retire on the spot should he win his second Grand National today, is the one who has the bookmakers on edge.

David Williams, from Ladbrokes, said: “A win for McCoy is our nightmare scenario.

“Shutthefrontdoor could easily be the best-backed horse we’ve ever known in the Grand National. We’re scared even to think about it.

“More often than not Aintree throws up a host of stories, but this year there’s only one show in town. The entire race revolves around one man and one horse.

“We reckon it will cost the industry £30m if McCoy wins but that could be conservative.

“If the nationwide gamble unfolds, the liabilities could go through the roof. The total cost could be disastrous.”

McCoy, writing for The Times, looked forward to his record 20th Grand National and recalled the glories and trauma of Nationals past. He won the race at his 15th attempt on Don’t Push It in 2010 but lost beloved horse Synchronised to a fatal injury in 2012.

He said: “I believe the public enjoy the aspect of it being something of a lottery and, while not everyone would agree, a little bit of carnage along the way. Otherwise, it would just be the same as any other race.

“Shutthefrontdoor and myself will need our share of good fortune this afternoon but I go out believing I’m going to win every race — what would be the point if I didn’t? — and he has plenty going for him. In many ways the National is made for him.”

McCoy wrote about the changes made to the Grand National course to make it safer for horses and riders, but protest group Animal Aid led the protests against the race.

The group said 40 horses had died at the three-day Grand National meeting since 2000.

While Shutthefrontdoor is favourite, the 168th Grand National, like all before, has the potential to bring surprises. Rocky Creek, Balthazar King and The Druids Nephew are the next three in the odds and familiar faces Oscar Time, Monbeg Dude and last year’s winner Pineau De Re are all 33/1 or longer. 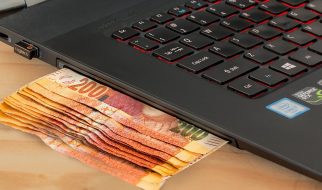