Home
/
Card Games
/
Blackjack
/
‘Blackjack is a family business for us’ 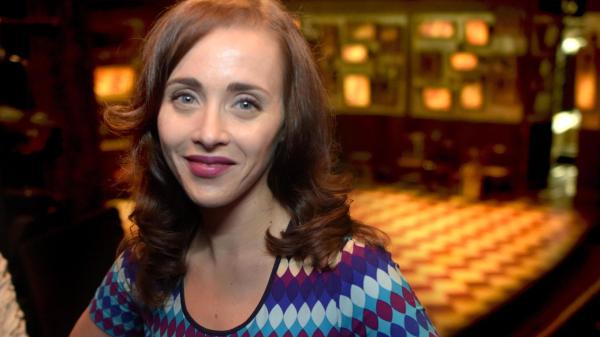 Actress Megan Riordan remembers how she was introduced to the card game from an early age, and how working against casinos as a team player won her enough money to help fund her drama training.

Blackjack is in my blood. It’s the most widely played casino game of its kind, and one of the few where you play against the dealer — it’s you versus the house. I grew up in Las Vegas, where my dad was a professional gambler known as Max Rubin. He was famous on the scene, but he never revealed his real name.

He started off as a blackjack dealer and over the years it became apparent to me that he was also playing professionally. He’d get up in the middle of the night to play and be back home at midday, or be gone for a few weeks at a time to travel for a game. We’d go on holidays to Lake Tahoe because there were casinos there.

He wrote a book about it called Comp City and later had his own TV game show called the World Series of Blackjack. I was his co-host on the show for a season in 2004. Our house was full of casino paraphernalia. We had a roulette table, a bingo machine, a blackjack table. When I was in fifth grade, we had a casino-themed party, and gambled with fake money for candy. To me, it was never illicit, it was business.

Among the pros, it’s not really gambling. They’re not in it for kicks, it’s work. They call themselves “advantage players” and they’re like robots — yet they love it as much as musicians love music. There are the ones who do it full time and the ones who do it in short bursts, as a quick way to earn money. When I was 21, I became one of the latter. I always knew I wanted to be in theatre, and so I worked on and off for about eight years as a professional gambler as I funded my goal. I studied theatre in New York University and then went to live in Dublin but I was back and forth home to Vegas, and if there was a game going, and there was a player needed, I’d do it.

It could be Vegas, it could be Louisiana, Washington, Atlantic City — wherever it was, I would go for a few days and work as part of the team.

There is a strategy that involves playing in a team, in order to win. It’s not illegal, but you don’t inform the casino you’re doing it, or they’ll kick you out. My dad went to Australia for a month once when I was in high school, and his team did so well they were barred from every casino in the entire country once word got around.

I learnt about “basic strategy”, which is a mathematically advantageous way to play blackjack. Other people use the “counting cards” system. A colleague of my dad gave me a book called Beyond Counting, which was incredibly dense, but I figured it out.

I was a cog in a machine. It was not about being a lone wolf, it was about all of the players at the table playing as one, without communicating to the casino that you are doing that. We were not cheating, we weren’t marking cards, we were just playing as a unit.

I was never the one doing all the maths. I was one of a group of players at a table taking secret signals and orders on how to play my hand. Players use verbal signals and code words that don’t sound like anything to an outsider, but are, in fact, directions. They could be small exclamations used to tell others what is in your hand.

The other way to communicate is through physical signals, like hand or finger movements. The benefits of using verbal hints is that they don’t record audio in casinos, only visual, on security cameras, but on the downside, it’s hard to do it subtly or naturally.

When you’re part of a game, there’s no way of knowing what hours you could end up working. I’ve been at tables for 18 hours straight, drinking all the free coffee and Red Bull they give you to keep awake. It’s seen as glamorous, but that’s not the reality of it — a lot of the time it’s scruffy dudes in baseball caps sitting at tables for hours. Even if occasionally they’ll make a score of five figures and walk away happy.

Blackjack is a family business for us, and my brother Joe still plays, but I gave it up after I made a show about the world of pro gamblers called Luck, in 2008.

Many places have changed the rules, or got wise to us. I couldn’t just swan in any more, and make enough to fund my next fringe show. But there were amazing pay days over the years where you would just go in and whack the casinos. 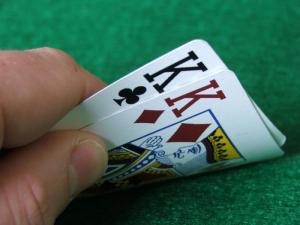