Reports of its death appear to have been greatly exaggerated as traditional bingo emerged from the shadows of new-fangled rivals from online betting to the lottery yesterday to claim a starring role in Rank Group’s half-year results.

Rank reported the first underlying sales growth in its Mecca Bingo clubs for five years on the back of lower duty and higher spending by gamers. Like-for-like sales in its 87 clubs grew by 2 per cent in the six months to the end of December as a 4 per cent fall in admissions was more than offset by a 2 per cent increase in spend per visit.

The improvement came as Rank reported a 4 per cent increase in adjusted pre-tax profits in the half-year to £37.4 million, from revenues up 3 per cent at £374.2 million. That represented a like-for-like increase of 5 per cent and came on the back of strong trading in its Grosvenor Casinos business.

Henry Birch, Rank’s chief executive, attributed the Mecca improvement to its investment in the rollout of 11,300 tablets — dubbed Mecca Max — across its club estate, now used by at least a third of players, and better-quality food, drink and service. “If you go into our clubs, you won’t just see a room full of people hunched over a piece of paper but increasingly you’ll see people using tablets to play bingo, often more than one game at a time,” he said.

Mr Birch said that although admissions had continued to fall, they had increased by about 1 per cent in the second quarter on a like-for-like basis. “Not so long ago people said bingo was in long-term structural decline, but it’s no longer a drag on the group,” he said.

Bingo’s new lease of life has also been driven by the chancellor’s surprise decision in the 2014 budget to halve bingo duty. As part of the duty cut, Rank promised the government that it would build three new clubs and Mr Birch said that two would open this summer in the Midlands. These will be smaller-format high street clubs that will carry a new brand, “the Mecca equivalent of Tesco Metro offering convenience gaming”. 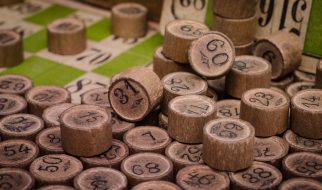