Home
/
Card Games
/
Anyone for bridge? Card games are the latest big deal in schools 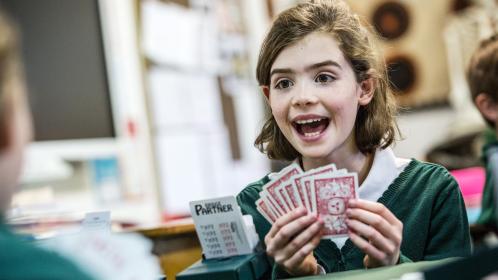 The traditional image of a bridge game has been ladies in twinsets and pearls sitting around the kitchen table with a glass of chardonnay.

Now that cliché is being turned on its head by schools across the country as pupils shun football and their iPads during breaks to spend time studying the cards and preparing their bids.

According to the English Bridge Union, the number of young people playing the card game has quadrupled since 2011. About 300 schools are thought to be promoting it.

Teachers have realised that the card game, played by four players in two competing teams, is good for teaching maths and teamwork.

At Weald community primary school in Kent, Jim Garlinge, who has been teaching the game for the past 25 years, has volunteered to play with the pupils.

After the children finish their lunch, Mr Garlinge, 77, usually begins with a quick refresher, displaying a number of cards on the board and asking the children to do some quick mental arithmetic to determine whether they have enough points to make an opening bid. The hands shoot up one after the other, accompanied with cries of “one no trump” and “two no trump”.

“It’s the new thing at school. Lots of people are talking about it,” Isabelle Chatten, aged ten, said. She and her two friends decided to join the school bridge club, established last year, after they discovered during a class presentation that Bill Gates was, as he put it, “obsessed with the game”. Alex James, the bassist in Blur, is also said to find the game “utterly compulsive”.

“I like that famous people are playing things that I’m playing. That’s quite cool,” she added.

Rowan Remjin, ten, said that he liked bridge because it did not require strength nor luck. “It only requires strategy,” he added.

Richard Banbury, of the English Bridge Union, said that the game was flourishing in Oxfordshire, Gloucestershire and Yorkshire in particular.

“We’re not trying to teach them to be international stars but want to broaden their reach. It’s mentally stimulating as well as fun and brings benefits back into the curriculum.” He said that the game had the added benefit of requiring the children to work in teams, allowing them to interact socially.

Anton Mauve, one of the parents who set up the bridge club at Weald primary school, plans to start an inter-schools competition and said: “It’s very much a craze. The kids go home and tell their parents, and get them around the kitchen table.

“They then start shrugging off the rust and remember the game they used to play and the whole thing just blooms.”

For many of the children it is the refined status of the pastime that appeals. Gabriel Williams, ten, said: “All of my friends are on the football team and I didn’t have anything to do so I started playing bridge. It’s actually quite cool.” Gabriel and his cousin, Florence Wells, play the game at home.

Others, enthused by a recent trip to the Houses of Parliament where they had a bridge tournament — and counted Sir Michael Fallon, the defence secretary, as a spectator — are keen to teach their families in time for Christmas.

Mr Garlinge called it a courteous game. “You don’t fling your cards up in the air if your partner makes a mistake. You accept it and move on; you’re always civil,” he added. 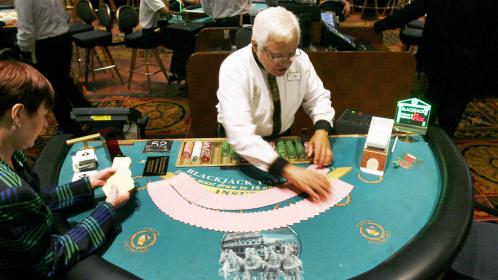 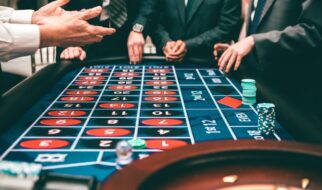