Home
/
Featured
/
An Intro to the Cox Plate

The W.S. Cox Plate is a Thoroughbred Group 1 horse race held at the Moonee Valley Racing Club. Horses aged three-years old are able to take part in it, and the race is run under weight-for-age conditions. The Cox Plate is 2 040 metres long, and the 28th of October this year will see the second-riches weight-for-age-race, with prize money to the tune of AU$300 000 handed to the winner, take place.

The History of the Horse Race

The founder of the racing club, W.S. Cox, gave his name to the race, and between the years of 1999 and 2005, this event was part of the Emirates World Series Racing Championship. The series included the King George VI and Queen Elizabeth Ascot Stakes, The Dubai World Cup, the Japan Cup, the Arlington Million, The Canadian International Stakes, the Hong Kong Cup, the Irish Champion Stakes the Grosser Preis von Baden, the Breeders’ Cup Classic, and the Breeders’ Cup Turf – a global grand prix of horse racing, as it were. Then, as now, Cox Plate betting was widely popular, and many people have made a tidy packet from a lucky guess!

Notable Winners of the Cox Plate

Past Cox Plate winners include many of Australia and New Zealand’s champion race horses, and, in fact, a number of truly excellent animals have managed to win the race twice. The list of these extraordinary horses includes Phar Lap, Tobin Bronze, Northerly, Fields of Omagh, Winx, Flight, Sunline, and So You Think. A horse named Kingston Town managed to win the race a total of three times.

There has only been one horse that won the Cox Plate, the Melbourne Cup and the Caulfield Cup in one year: Rising Fast took that honour in 1954, and is widely considered to be the single best horse to ever come out of New Zealand.

Winning the Cox Plate in conjunction with the Melbourne Cup has only been managed by six horses:

Only three horses have won the Melbourne Cup in one year, and then gone on to take W.S. Cox Plate in the next:

There was a purse of 1 000 pounds on offer for the first W.S. Cox Plate in 1922, and the race was run and won by Violoncello, an imported seven-year olds stallion who had won the Caulfield Cup the preceding year at only his 5th start in Australia, after being brought in from Australia.

Offering a purse of 1000 Pounds, the W.S. Cox Plate was first run in 1922 and was won by imported stallion Violoncello. He was a seven-year-old who the previous year had won the Caulfield Cup at only his fifth start in Australia after being brought out from England.

Brilliantly Timed for the Racing Year

The Cox Plate is very strategically located on the racing calendar, lying as it does between the Caulfield and Melbourne Cups. It has become, since its inception, a race famous for its prestige, and is widely held to be the best weight-for-age race in all of Australasia. The best horses in the world compete on its field, and the trend for excellence is set to continue. 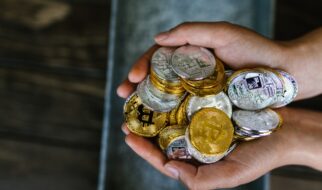